The message yesterday in services was about moving forward, from 2 Kings 4. 23-24. You have to know all is well (your past, present, and future) and move forward.

I was kind of upset (I say that because I was on the inside very), about a letter that I received the day before.  It was yet another rejection letter for something that I have been working on for months.  I knew it was coming, but I have been praying for this issue to get resolved for a while.  Some how this time I really wanted to break down and cry in disappointment.

I wanted to have my own petty party; however, when you are leaving on God, you have to know that it is not over until he says it is.  Even at that time you have to be well with the out come and know whatever it is, God does things for a reason.  Many times over the years God has been there for me when my back was against the wall, and he made a way for me.  I know this time he will also.

On occasion, we really do forget all the things God has seen us through, so when we are faced with issues, they are a reminder to us to have trust in him.  When I heard the word in the services, it was a confirmation for me.  We all have to do the same move forward regardless of what has transpired.  I feel sad when I meet someone and they seem to be holding on to what has happened in the past.  When you are faced with disappointment, will you just now do anything else?  Lose your job, not look for another one.  Lose a love one and not see anyone around us that we can love.  Get a medical diagnosis and not try to find out about your options.  We have to move forward with life.

You can be the top chief in one of the best restaurants in the world, however when you have to prepare a meal with your family it can turn into Hell’s Kitchen.  Preparing a meal that will please the husband and kids is hard enough.  Let alone if it is a holiday meal for brothers, sisters, the parents and the entire relative.  The sister only eats veggies, the kids like pasta, your husband want one thing and your father wants that everyone expecting the preparation to fit their demand.  The mother or head person may change your whole meal around as a suggestion.  The family will be examining your cooking ability while they are eating the food. There are only a few husbands who do not have any complaint about their wife’s cooking.

At our house, the men look forward to showing you the daily chief how to cook the perfect steak or egg.

On Sunday, the message was on, “Why look for the dead among the living.”  The message was about the people going to the tomb to get the body of Jesus after he was crucified, however, there was nobody.

The message wasn’t about that those, it was about looking for the dead among the living?  Just like some hold on to relationship, that are over.  There are those who dwell over money that is gone.  We can get disappointed about opportunities that have passed us by.  Then there are people in our lives that are no longer here.  Those things of the past are gone; we however, are still living, so we have to move on.

Are you living in the past?  No one life is a blank slate; we all have things from our past that can make a better future.  We grow through our experiences in life.  There will be many things that we go through that help us build the future for ourselves.  Some things will be good and others may not be.

We all have many opportunities, it is our own story of life experiences that we take with us through the years.  We live and learn, it is how you see yourself is part of the process.  Each day and each thing will affect us in different ways.  We have to take them as they are and move on to the life we have hoping for, and not let issue hold us back.

Why was Dr King important?  He headed peaceful protest is one on the many things he did.

If you didn’t win the Lottery, don’t worry there will be another chance to be a win in something in your life.

I guess it’s back to work. That what some people said they would do if they had won the lottery, even though there is the disappointment of not winning.  If you are upset about not winning, don’t worry in a couple of weeks the lottery amount will be back up there again.  There is always another chance to be a winner, maybe next time it will hit the two billion mark.

I play the lottery all the time with my same numbers, so I had to play this time, just in case my numbers came up. However, I feed into the high like everyone else and brought additional tickets, thinking more tickets more chances. It is why most people purchased a ticket for the first time, and others put in the way more than they could afford. I have to listen to all the story about what people would do if they won. They said would purchase a large home, in fact, house for everyone in their family. Then I heard the other stories about what you would have to do if you won. Things like to go into hiding because everyone would be after you for money. With any large amount of money comes responsibility, it’s just like they say can be a curse also.

Out of the 400 million people who could have won millions, only three winning tickets, that means a lot of us did not win the lottery.  In life though, we get many chances, in fact, millions of them. We have to, just keep on moving forward and not get disappointed because we didn’t get the right numbers.

I want to enjoy life. Motivation can inspire you to change. Positive thoughts will make great memories. It can help through Life, encourage you As Time Goes, Change with favorable thoughts, Future planning, even with Social issue. Ivy’s Memory Makers Motivational

Until the End of Time

I will always Love You

I Love Great Love Story like David and Iman

What kept Iman and David Bowie together for over 25 years?  A lot of people say they want that same thing, a life commitment.  As many couples are heading down the aisle to say your vows, do you look at the person you are about to marry and mean it?  It is wonderful to see and hear about couples like Sharon and Ozzy and others, who have been married for years, it shows commitment.  When you hear their stories, you think that what I want, however are you willing to put in what is required to stay together?

A couple of weeks ago, I have started watching the reality show, “Married At First Sight.”  It is a show where couples are chosen to marry without knowing who the other person would be in advance.  They don’t get to know anything about the person whom they will be marrying until they say, “I do.”

Would you marry a complete stronger?   Some of the couples you have to wonder why they are doing it, as they give their reaction to the person who they had just married.  There is nothing like telling the person you are married to, “I am not attracted to you.”

Many people go into marriage for their own reasons; attraction seems to be the number one that most people get married.  Is that more important than love?  I say that because attraction can fade away; once a couple faces the finances, job commitments, and different interests, it can put a couple in the different corner of the house.  Of course, there is also the expectations of each person, that too can separate them.  When thinking of forever, do think in the good times and bad times which use to be part of the wedding vows?  Commitment is one of the most important part of marriage, and I would say that is the greatest parts of love.  Everyone wants that.

This song came on radio a while ago, and it took me back. The parties, the times, they were some of the best. Have you ever treated someone badly?

When we are young our focus in a different direction.  We don’t look at most things as permanently including relationships.

Club Nouveau – Why You Treat Me So Bad

It is a new day, what will motivation you to accomplish your goals for the new year?

I was watching a show of television this morning, where they were asking people about their new year resolution.  As they talk to each person, they asked them about their goals for they new year.  The things like stop smoking, exercise, eat heather.  The one they were talking with seem to have given up on the goal, even though we are only a few days into the new year.

They are like “most” of us, who have to be forced or see a value of accomplishing our goals.  Just like if you want to stop smoking for the new year, what would you have to do in order for that to happens.  If you were told that you have an illness required you to stop smoking, then you would more motivate to stop tomorrow.  No one sets a goal to be prepared for the loss of a job.  However, when we are faced with it, we will save, cut back and look for other jobs.  Weight loss is a major one; it normally starts with a goal after we have gained a large amount over the holidays.  After all we have been living with those extra pound for some time.

However, there is time to make a plan and accomplish some goals for the year.  I am a firm believe in starting over;  no matter how many times it takes.  I also believe in baby steps, we give up when we put more on ourselves then we can handle.  Setting goals is a great way to get motivated. 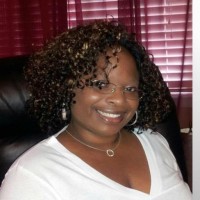 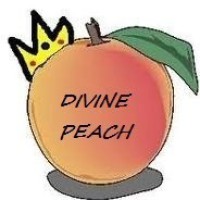